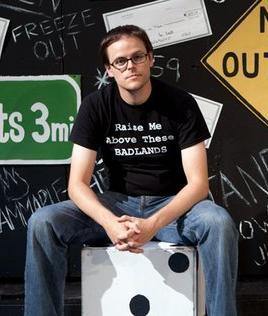 Brian’s work with Limelight began behind the scenes as a lighting consultant in 2001 on The Hobbit.  After that, he continued participating in a technical capacity while also debuting on stage as an actor in The Crucible (2002), and has served as Technical Director, Staff Writer, Director, and currently, Director of Development.  In that position, Brian emphasizes original works through the close tutoring of Limelight writers through classes and one on one instruction.  In addition, Brian developed the Limelight Radio Division that performs four radio plays in the Fall and Winter/Spring seasons, which range from radio adaptations of classic literature to revered films to B-movie horror.  As a writer and director, Brian has shown a strong commitment to originality and focus on telling stories with strong currents of social commentary, bringing a fresh perspective to Shakespeare and the musical Oliver!, along with his own original writing.

And Then There Were None (Radio) – Script Editor

A Night At The Theta – Writer, Technical Director

The Age of Fiberglass – Writer, Director

Singin’ In The Rain – Technical Director

Once Upon A Mattress – Technical Director