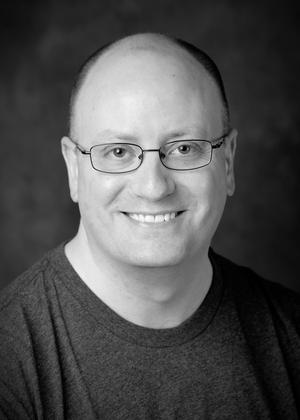 Brian Fauth is the founder and original Artistic Director of the Limelight Theatre Company.

He is also the author and director of The Green River Trilogy, a series of plays about small towns, school, and growing up.  The Last Dance was about junior high crushes, The Bonfire was about high school jobs, and Heroes and Villains was about college and finding your own identity.  Recently he wrote and directed All These Will Be Worthless, a play featuring the fall of the Berlin Wall, punks, Army officers, and zombies.  It was also about growing up.  Most of his plays are about growing up.

In early 2009 he co-authored and directed An Awfully Big Adventure, written as part of the Limelight Young Writer’s Project.  It was about books, and Peter Pan, and other things.  Other projects Fauth has authored through the Young Writer’s Project include the original 2002 production of Leave the Gun. Take the Cannoli, which was about a group of junior high kids attempting to put on a theatrical adaptation of The Godfather.

For several years he directed annual productions of It’s a Wonderful Life: A Live Radio Play, which have become a holiday staple for the Oswego community.  For his final production with Limelight, Fauth returned to his favorite playwright, William Shakespeare, to direct Twelfth Night, making it the fourth play by Shakespeare that he has directed with Limelight.

In the summer of 2011 Fauth announced he was stepping down as Artistic Director in order to better focus on his other career as an educator with the Oswego School District.

All These Will Be Worthless – Writer, Director

The Tragedy of Julius Caesar –  Director

One O’ Clock from the House – Director